EVER ASKED YOURSELF WHAT THEY ARE?FIND OUT MORE BELOW:

What is on the back of Leather Leaf? 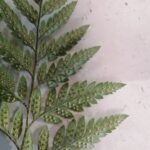 Many times, we’ve been asked about the dots on the back of Leather Leaf and no they are not spider babies. They’re called spores and they appear on not only Leather Leaf but also other Fern plants. All mature Fern will have them as this is the way that they reproduce; the spores push out and if they land in certain places, they will self-germinate, which is when a plant spreads their own seed.

This is a question we’ve been asked several times before, and there’s a simple explanation, the Leather Leaf in your bouquet may look like plastic because we spray them with leaf shine. Its an added touch that we here at Homeland Florists use to make the Leather Leaf appear less dull and accentuate a beautiful bouquet of flowers, because when Leather Leaf is cut it loses its shine because it dries out, so we give them back their shine to give that added freshness. So this one is definitely a myth and the Leather Leaf we use isn’t plastic, it’s just been shined and who doesn’t like a little bit of shine? 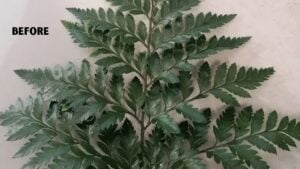 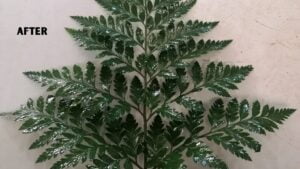 Why Florists use Leather Leaf?

The main reason being that some stems of Leather Leaf give an extra dimension and added volume to a hand-tied; but besides that Leather Leaf is known to offer another benefit; it is air purifying which means that during the day it converts C02 into oxygen and as well improves the air humidity, so yes we use them to make a bouquet look more natural and they serve as a framework to your floral arrangement but they also have their own benefits that you might not have considered. 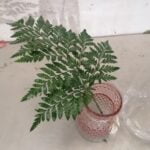 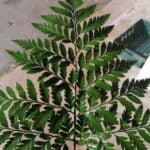 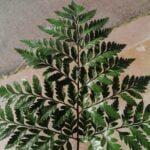 The Origin of Leather Leaf

Also called Cassandra (Chamaedaphne calyculate) an evergreen shrub; it’s an extremely well known cut foliage which is praised for its long vase life. Their Leaves are shiny, dark green and consists of heavy, leathery fronds. Typically they look like fern, with elongated triangle shapes made up of serrated fronds. It originated in Central & South America, South Africa and Australia; and is available all year round in every season making it the perfect foliage that a florist can always rely on.

Its scientific name is Rumohra adiantiformis; of the Rumohra genus, of the Dryopteridaceae department native to temperate zones. As a genus species, it has pinnately compound leaves which are thick in the cortex.

It is grown mainly in Florida and Costa Rica, and reproduces by spores which are contained in “fruit dots” that appear on the underside of mature leaves, called fronds; these triangular fronds grow up to two feet long and have the nifty ability to shed water hence its Greek root word “adianton” which translates to unwettable.

Laura is the owner of HomlandFlorists and the mother of 2 beautiful kids. She has over a decades experince in the flower industry and her tips and tricks will help you make your flowers last a very long time!